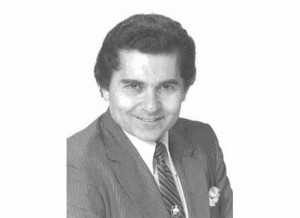 KAMARR is more than just a magician. He is also a seasoned actor. Not only can he play a magician or stage performer in a film, he can also handle a wide variety of roles. Think gangster, street vendor, shop owner, Greek tycoon or restaurant owner to name a few.

Think of KAMARR when you need to add magic illusion to your film. KAMARR would be happy to lend his expertise to help you create just the right effect for your movie.

Principle roles and film appearances include:

As with film, KAMARR is at ease in front of the camera as an actor, as well as as a guest on talk shows and entertainment shows. Often he creates tricks specifically for the show, building on a theme, or producer/host specifications or requests. He is known for having the show’s host participate in the tricks both as assistant and as student. It is this ability to improvise, show versatility and banter back and forth that led to his huge popularity as a regular on LATE NIGHT With DAVID LETTERMAN.

Some of his numerous television guest appearances include: